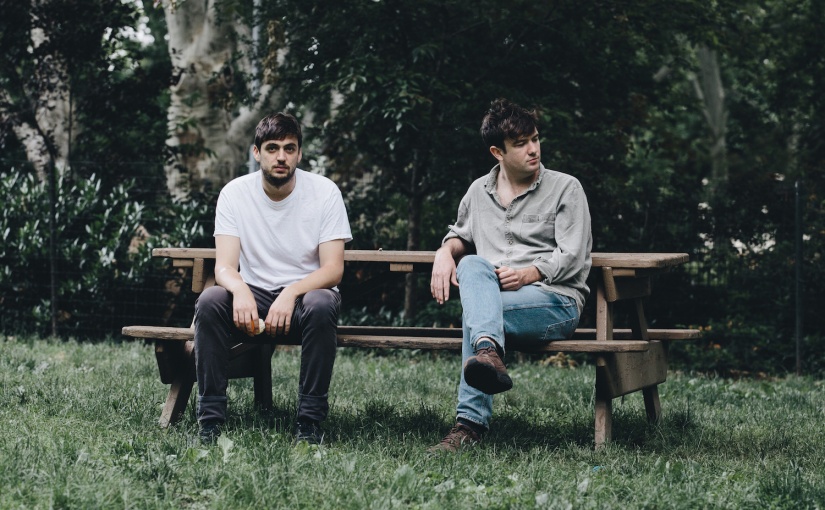 Back in 2012, Sam Haar and Zach Steinman alias Blondes released an brilliant psychedelic house record. It was also thier debut record for the small New York underground label RVNG Intl. At that time house music was definitely not my prefered genre. But this one was special in almost every perspective.

It’s near impossible to describe their use of synthesizers, sequencers, and drum machines, without getting in an euphoric mood. The best example for that reason is the double A-Side Single “Lover” / “Hater”. While “Lover” symbolized the pure catchiness as an house/techno/idm track, “Hater” isn’t quite completely different but the bass and background noises are simply impressive. Maybe the FADER live performances even tops the album versions. Anyway one year later Blondes released the great predecessor “Swisher” in 2013. Since them they released the one hour session track “Rein” and the small EP “Percussion” also for RVNG. With thier new release “Warmth”, Blondes jumps on the more dance and club oriented label R&S Records. At first, Blondes are even good in making house music but for me they loose some of the catchy elements of thier debut. Don’t get me wrong “Warmth” also includes great track, like the Four Tet styled “Clips”, the impressive “Quality of Live”, the deep bass track “Trust” and the single “KDM” but if you look at the entirely record there are some lengths. In the end “Warmth” isn’t a bad record but I have expected something more. Maybe next time?