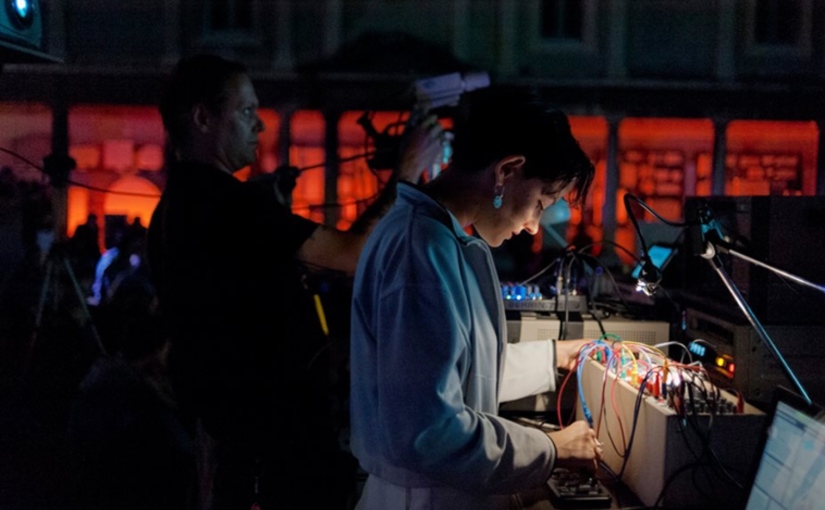 After her first EP “Vertical” back in late 2014, Berlin based italian artist Caterina Barbieri released her first full length record “Patterns of Consciousness”. It’s a drone record full of buchla synthesizer patterns. I swiched my attention to this record after I have read an review from it.

I’m a big fan by italian artist Alessandro Cortini, so it’s no wonder that he highly recommends “Patterns of Consciousness” by Caterina Barbieri. Cortini has written the following lines for “Patterns of Consciousness”: “Patterns Of Consciousness finds Caterina Barbieri at her best, elegantly moving between melodically pleasant yet twisted sequences and comforting, reassuring sonic spaces. Every piece, while given a singular identity, is part of the bigger picture: a work of art that will push you, pull you, and then eventually leave you with your back against the wall once you get to the last track.” I’m fully agree with this description! There are less artists outside that can play the buchla synthesizer in this way. Two years ago I visited a live performance at Berlin Atonal by Alessandro Cortini and it blows me away. Cortini plays one of his greatest releases “Sonno” in it’s entirely. This year Caterina Barbieri will also play at Berlin Atonal, so it could be also an outstanding live show. “Patterns of Consciousness” is not a short one by a play time over an hour, but it’s so diversified in it’s entirely that you never lose the focus. If I have to choose only two highlights from it, I will pick the slowley “INCAEB” and the long epic closer “Gravity That Binds”. It’s a beast of a track with an incredible climax at the end!